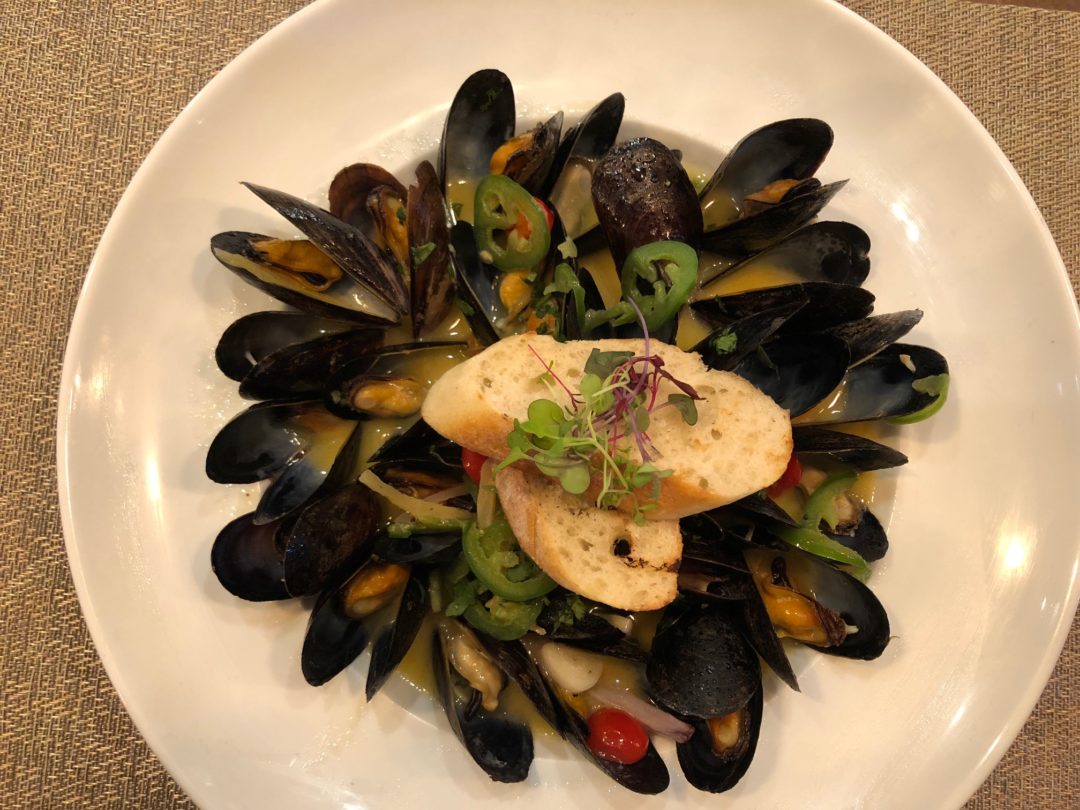 Hey Foodie Friends! Long time no talk to. Life has surely been happening on this end but I’ve been rolling with the punches. Enough about me! You came for the food right?

Remember a couple posts back when I had the chance to attend a private chef tasting with Chef Tobias of The Victory Truck? Well guess what guys? He has opened his own restaurant, “Union District Oyster Bar & Lounge.” I was invited to join Dontae, of SavoryTravels, for dinner, cocktails, and laughs.

First, we started with the Mussels. Dontae didn’t really want to order the mussels but he obliged. When they arrived, he didn’t want to share. Go figure right? Guys, these mussels were cooked to perfection. Drowned in a white wine garlic broth and garnished with cherry tomatoes, jalapeno, and toasted baguette. I literally had to beg Dontae to give me the bowl back they were so scrumptious. Tender, juicy, not at all “fishy,” and paired with that broth, they make for a ‘to die for’ appetizer. After the mussels, I was inclined to order a cocktail. I went with one of Union Bars specialty drinks, the “Picasso In a New Zealand Garden.” Made with civic vodka, sauvignon blanc, absinthe, lime, basil simple syrup, and garnished with mint, it was so nice I had to order it twice. LOL. We ordered the Jerk Chilean Sea Bass, Grilled Cilantro Lamb Chops, and Seafood Mac and Cheese for entrees. Dontae and I shared everything. Now you guys know I normally do NOT eat cheese, but that mac and cheese arrived to the table and I absolutely had to indulge. It was very tasty and came accompanied with large chunks of crab meat and lobster. Dontae said this may have been his favorite dish of the evening. On to the Lamb Chops. You absolutely can NOT sit with me if your order any form of red meat more that medium well. We ordered our chops Medium, the perfect temperature and the perfect amount of pink. We received four huge chops garnished with a green cilantro lime sauce, and about 5 thick asparagus stalks. The chops were GREAT by themselves, no sauce required on my end, and while I didn’t particularly enjoy the cilantro lime sauce, Dontae did. The Jerk Chilean Bass was underwhelming to the both of us. There wasn’t much jerk flavor and the sea bass had a very fishy taste. Fish should never be “fishy,” if that makes sense. It was, however, cooked perfectly. We were still hungry after devouring the dishes above, and decided to order the Shrimp and Lobster Jerk Pasta. The pasta was amazing. I could taste the fresh ginger used to sauté the broccolini. The shrimp were cooked perfectly, the lobster was SLIGHTLY overcooked but it was good.

After indulging in all of the goodies above, we were hungry for more and wanted the bread pudding everyone was raving about, but it wasn’t offered this particular instance, so we opted for the check.

All in all, this was a great experience. The staff was attentive. Chef Duane, Chef JB, and Chef Becca personally excused themselves from the kitchen and greeted us with open arms. Chef Solo probably laughed at us the entire time as we dined in front his oyster station. The atmosphere is nice, warm, and welcoming and so is the music. The only “gripe” I have is, menus were provided that included jalapeno mash with the lamp chops and the menus were not honored as such, but we got over it. I look forward to more experiences at Union Bar. 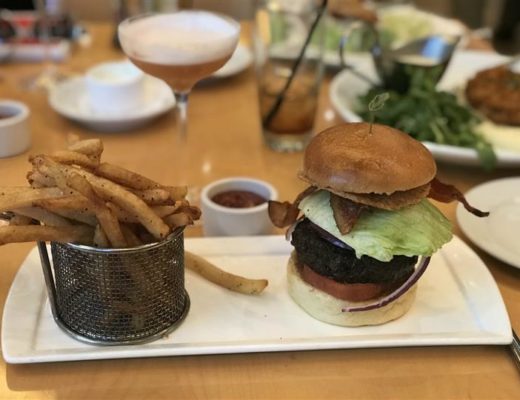 Who Doesn’t LOVE a Good BURGER 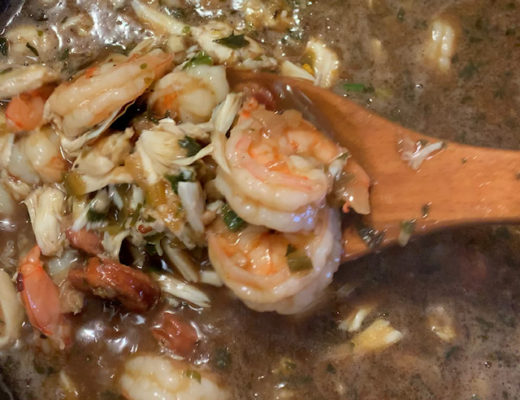 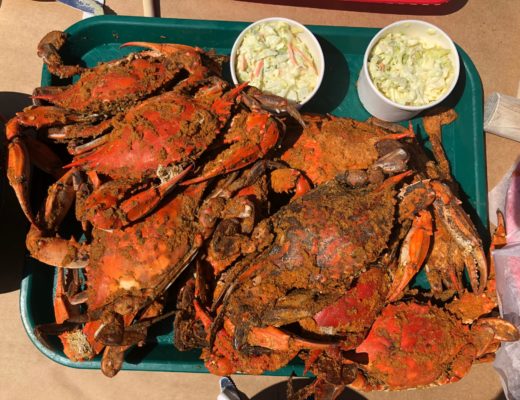