Hi guys!!!! I know I’ve been MIA for about two weeks but I CELEBRATED a BIRTHDAY!!!! Thanks to everyone who wished me well, and those that made my day, week, and month EXTRA special. You guys know I couldn’t let another week go by without catching up and sharing some of the amazing places I’ve dined for my birthday.

My best friend and I visited NYC for a little retail therapy and fun for my birthday. You guys know we couldn’t visit the city without stopping by some of what’s rumored to be, the most awesome restaurants in the city.  For lunch, we dined at The Mercer Kitchen, for dinner, we had are palates set on some good Asian cuisine and headed to Buddakan.

The Mercer Kitchen was exceptional. We all started with a COCO NOVA cocktail. I mean you guys know how I feel about my cocktails + it was my birthday + we’d shopped til we dropped + WALKED those NYC blocks and needed to be refreshed. This was the perfect spin on a sunset passion colada, a coconut flavored drink with a hint of strawberry. It left us with a very nice buzz. We then ordered from the PRIXE FIX Menu which included an appetizer, entrée, and dessert. The PRIXE FIX menu offered two choices for each course. As an appetizer, patrons could choose from 3 cheese artichoke flower pizza or a refreshing heirloom tomato salad. The same applied to the entrée and dessert. Patrons could choose between the grilled lamb chops or the cod, and for dessert between the fresh fruit sorbet or the blackberry cake with ice cream. I chose the heirloom tomato salad, the grilled lamb chops, and the fresh fruit sorbet. The heirloom tomato salad was paired with an oil and vinaigrette dressing and topped with raspberries and orange peppers. The salad was very good. Light and refreshing, but the tomatoes were kind of overkill. Of course I chose lamb chops for my entrée. They were prepared beautifully. The perfect pink center (Medium), a nice char on the outside and tender inside. The chops were presented with a tomato barbecue sauce and were accompanied by mint green beans. I CLEANED THE PLATE GUYS. The earthiness and crunch from the sauteed green beans paired nicely with that soft mint taste was DELICIOUS. The lamb chops and that barbecue sauce made me want to lick my fingers and plate, but I have manners! The server came by after he noticed our plates were empty and asked were we ready for our desserts. I couldn’t wait. I was so anxious and pleased with my choices thus far, I dove right on in and didn’t even get a picture of the sorbet. Spoon in hand before the server could place the bowl on the table, I was excited. The sorbet flavors for the day were mango, raspberry and blueberry. That too got devoured like the rest of the meal. I would definitely recommend The Mercer Kitchen and return for another go round when I visit NYC again.

Now for dinner. After indulging in some high-end retail therapy in SOHO after our nice lunch at The Mercer Kitchen, and venturing to Brooklyn for some second hand shopping, we were looking forward to dinner at Buddakan. I’d read that this place was to die for. We were about 30 minutes late for our reservation but the hostesses were very accommodating and sat us within 10 minutes. Buddakan gave me night club vibes. It was dark and packed from wall to wall, this was a good sign on Friday night. The server was inviting and explained some of the menu items to us. You guys know how we began the dinner, with COCKTAILS of course!! I honestly can’t remember the name of the drink I ordered and the website isn’t functioning properly, but it was potent. I do know it was served in a flute and included champagne. We wanted to try multiple things on the menu so we ordered the Jade Shrimp Dumplings, the Cantonese Spring Rolls, the Mongolian Lamb Chops, the Sweet & Crispy Jumbo Shrimp, the Glazed Alaskan Black Cod, and the Lobster Fried Rice. First, you have to order everything at once. Drinks, appetizers, and entrée’s all have to be ordered at once, but the food arrives at different times. The pictures did not come out as great as I would like them to be because it is very dark in the restaurant. The cardinal rule when taking food pictures is, they should not be enhanced. The food will speak for itself, so no flash should be used. This proved difficult because of the darkness. The first thing to arrive to the table was the Jade Shrimp Dumplings. We were all looking forward to these dumplings, after all, this is a top-rated NYC restaurant right? These dumplings were deplorable. They were steamed and included shrimp, pea shoots, and water chestnuts. I am not a huge fan of water chest nuts but still chose to give the dumplings a try. They were so overpowering and we all spat them out simultaneously. The server saw us and rushed over to rectify the situation. He was very attentive, offered something in replacement of the dumplings, which we declined, and removed them from the bill and the table. Next to arrive were the Cantonese Spring Rolls. They are served 3 to an order and are accompanied with a mustard like sauce.  I always break my spring rolls open because I had a very bad experience at another establishment. This was no different, I broke the spring roll open and had to use the flash from my phone to see what was inside. Yuck mushrooms. I kind of picked through the spring rolls. The roll was fried a perfect golden brown but, I couldn’t enjoy it thoroughly because there was so many mushrooms. Next, the Sweet and Crispy Shrimp arrived. There was nothing crispy about these shrimp. I think they were sautéed and drowned in some sort of creamy sauce. They weren’t what we expected at all. They weren’t crispy nor were they spicy. Next, the lamb chops arrived, let’s just say The Mercer Kitchen won the award for Lamb Chops that day. Next, the Alaskan Black Cod arrived. If you’ve ever eaten at Nobu, their black cod BLOWS Buddakan’s out of the water. The Buddakan Cod was under seasoned and under glazed. Finally, the lobster fried rice arrived. It was good but needed some soy sauce. We asked the server for soy sauce and said they had a “soy vinegar sauce” instead. I opted no for the sauce and asked that the remaining food be boxed. The server then surprised me with some caramel ice cream that sat on a bed of caramel crunch cookie crumbles. The ice cream was probably the best thing I ate all night. This was a bad experience and I will never dine here again. The service was great but the food was horrible. Sorry Buddakan but it’s a big fat no for me.

Anywho, I thoroughly enjoyed my time in NYC and look forward to visiting again and dining some new places. 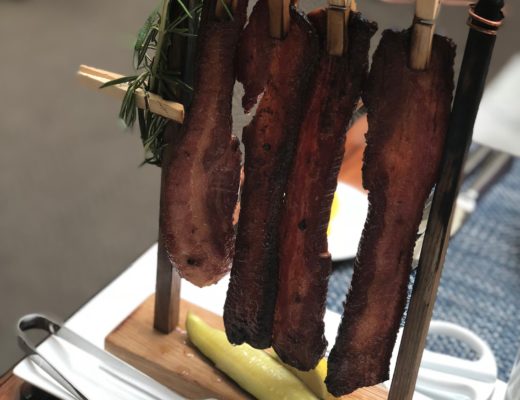 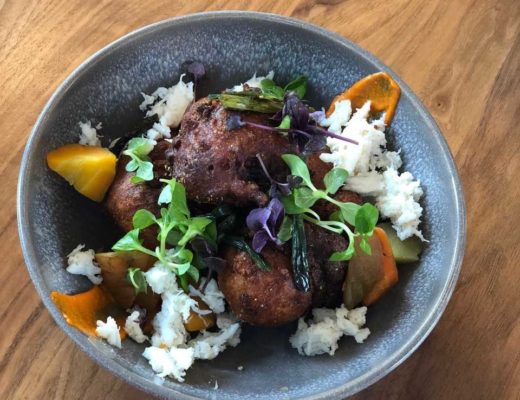 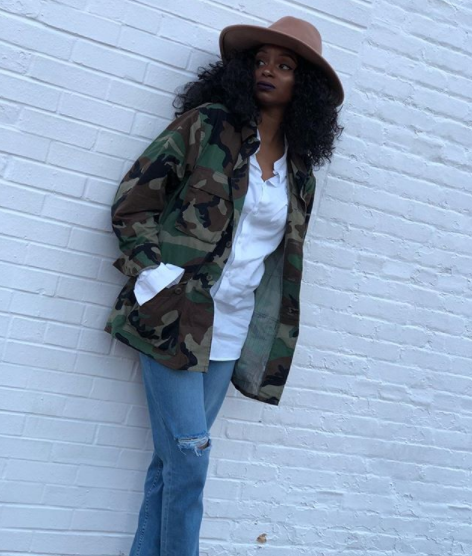